Cleaning Our Air, Protecting Our Health 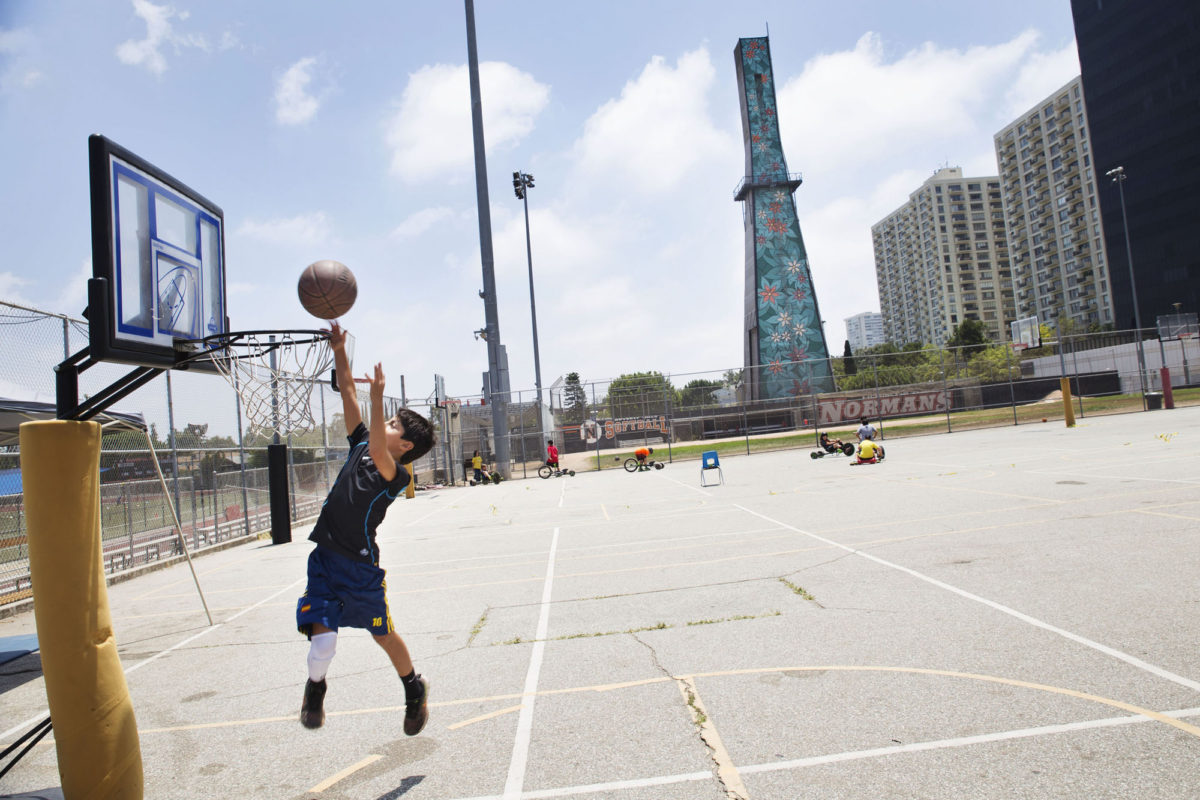 A boy plays basketball in front of an oil well that is covered with large colorful flowers and is located next to Beverly Hills High School. Wells like this are hidden throughout Los Angeles. Photo Credit: Sarah Craig / Faces of Fracking

Air pollution also increases rates of heart attacks, strokes and asthma attacks. Asthma rates have been rising in our state: Rates of childhood asthma in some Central Valley communities now run as high as 20 to 30 percent. California schoolchildren miss 1.9 million days of school each year due to asthma.

According to the American Lung Association, of our nation’s 10 urban areas with the dirtiest air, six are in California, including Los Angeles, Fresno and Bakersfield. Many of the most polluted parts of our state are low-income neighborhoods or areas with large proportions of African American, Asian American and Latino residents—places like Pomona, East Los Angeles, Fresno and Richmond. Latino and African American children are more likely than other California children to have to go to the emergency room for asthma.

On top of needless suffering and death, pollution hits us all in the wallet, piling up medical bills and causing thousands and thousands of missed days of work. The health and economic costs of dirty air are estimated at $28 billion each year in just L.A. and the San Joaquin Valley alone! To learn more about the health effects of air pollution click here.

We’re starting to UpLift our air and our health, but we’ve only just begun!