Reflecting extensive public input, CalEnviroScreen 2.0 provides more detail than previous versions of the statewide screening tool. Among other changes, it creates scores for each of the state’s 8,000 census tracts, instead of using ZIP code data, and adds new indicators for drinking water contaminants and unemployment rates.

The tool will be used to help implement a state law (SB 535) that requires that 25 percent of the proceeds from the state’s cap-and-trade auctions be invested in projects that benefit disadvantaged communities, including 10 percent for projects located within these areas. The law requires the California Environmental Protection Agency to identify those communities.

“This new version of CalEnviroScreen represents an important step in our continued commitment to environmental justice,” said CalEPA Secretary Matt Rodriquez. “By identifying California communities with the greatest cumulative exposure to pollution, we can be more effective at directing limited state resources to where they are needed most.”

Developed by the Office of Environmental Health Hazard Assessment (OEHHA) at the request of CalEPA, CalEnviroScreen is a science-based tool that identifies the California communities most burdened by pollution from multiple sources and most vulnerable to its effects. The latest version was released as a draft in April.

The tool uses data on 12 types of pollution and environmental factors and seven population characteristics and socioeconomic factors to create scores for each of the state’s 8,000 census tracts. The new version of the tool uses census tracts because they are more uniform in population, better align with local government boundaries and have more detailed demographic data than ZIP codes.

“Rather than looking at individual types of pollution in isolation, CalEnviroScreen helps policymakers and scientists examine multiple pollutants and factors at once,” said OEHHA Director George Alexeeff, Ph.D.

Local California leaders applaud the state’s use of the tool in helping to direct investments to disadvantaged communities.

“Government must break free from the status quo and continuously refine and improve the way it solves problems in our communities,” said Los Angeles Mayor Eric Garcetti. “This update of CalEnviroScreen is a critical example of that work and will help create healthier neighborhoods across Los Angeles and California.”

CalEPA, OEHHA, and the Air Resources Board will conduct three public workshops later this month to discuss the investment of auction proceeds in disadvantaged communities. The workshops will be held on August 25 in Fresno, August 26 in Los Angeles, and September 3 in Oakland.

“CalEnviroScreen shows clearly what we in the San Joaquin Valley know all too well: that many of our communities are among the most disadvantaged in the state,” said Fresno Mayor Ashley Swearengin. “By reinvesting funds in areas of the state with high pollution levels, California is demonstrating its commitment to a cleaner and more prosperous future for all.”

CalEPA also plans to use CalEnviroScreen to administer its Environmental Justice Small Grant Program. The tool is also helping prioritize resources for cleanup and abatement projects and outreach efforts by CalEPA’s boards and departments.

“CalEnviroScreen 2.0 is an important step forward,” said Vien Truong, Director of Environmental Equity at The Greenlining Institute. “Now that money from the cap-and-trade program will soon start flowing into California’s disadvantaged communities, CalEPA deserves great credit for refining this important tool to identify those neighborhoods and for listening to the communities that are most affected.”

CalEnviroScreen was developed through an extensive public review process. Before finalizing the latest version, CalEPA and OEHHA held three workshops across the state. Altogether, more than 15 workshops have been held and more than 1,000 comments and questions have been reviewed over the course of developing the tool. The agencies are committed to continuing to revise and improve the tool through an open and public process.

“The disparities identified by CalEnviroScreen call out for focused attention,” said Arsenio Mataka, CalEPA’s Assistant Secretary for Environmental Justice. “The investments we will see in the coming years help us honor our commitment to address environmental justice issues for the benefit of all of California’s communities and residents.”

The CalEnviroScreen report and maps are available at http://www.oehha.ca.gov/ej/ces2.html.

Read the original article at YubaNet.com. 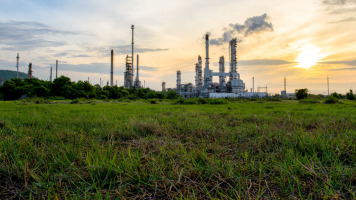 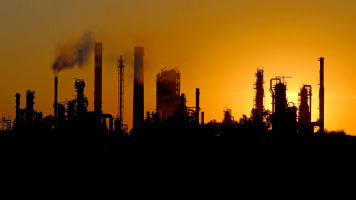