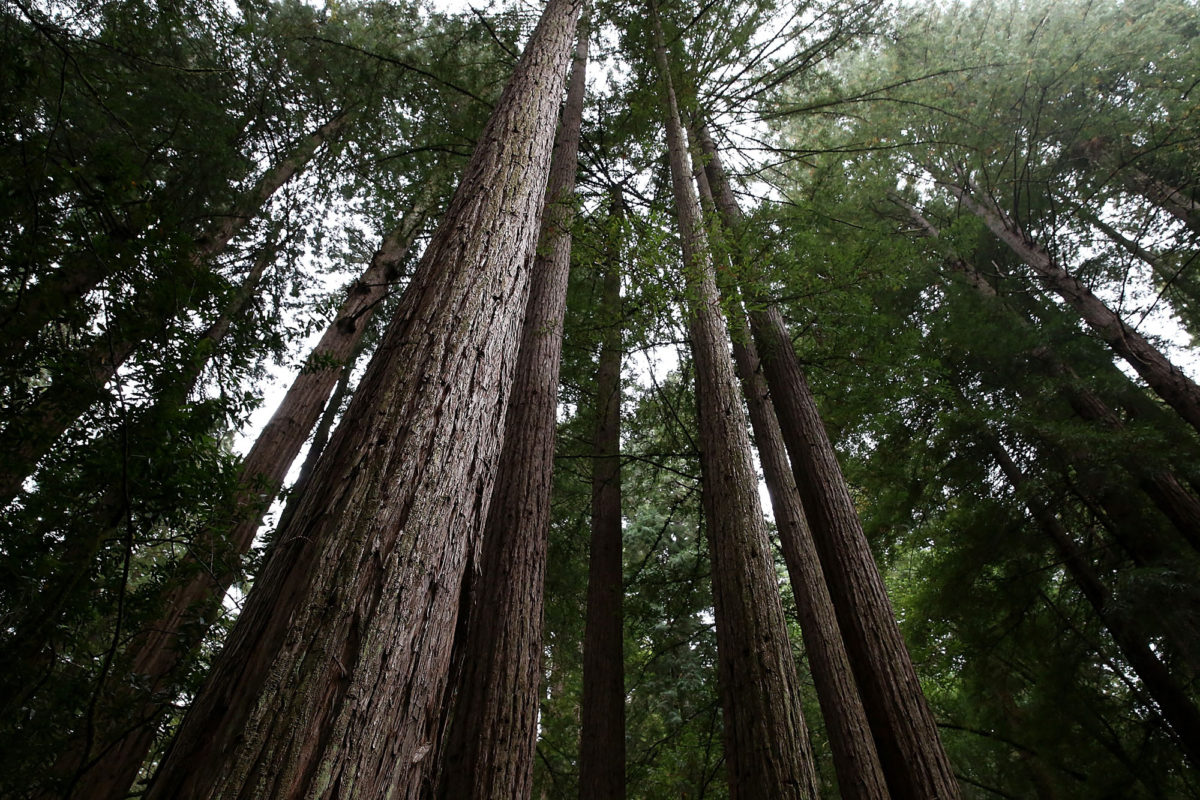 MILL VALLEY, CA – AUGUST 20: Coastal Redwood trees stand at Muir Woods National Monument on August 20, 2013 in Mill Valley, California. A four-year study by the Save the Redwoods League called “the Redwoods and Climate Change Initiative” found that due to changing environmental conditions, California’s coast redwoods and giant sequoias are experiencing an unprecedented growth surge and have produced more wood over the past century than any other time in their lives. (Photo by Justin Sullivan/Getty Images)